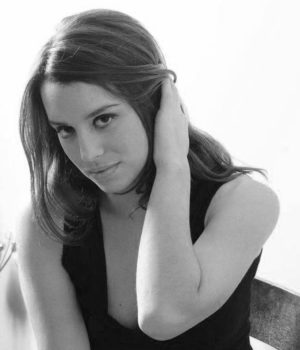 Her performing journey began at the age of 16, when she was a member of the kids choir of Arsakeio school. During her school years she wrote plays and novels. Since 2012 she is a graduate of Conservatoire of Music and Dramatic Art. She is also an undergraduate of National and Kapodistrian University of Athens in the Social Theology Department.

In 2009 Georgia became a priestess for Lighting ceremony of the Olympic flame. She starred in many short films. In 2010 she made her acting debut in the play “Medusa” directed by Thomas Mosxopoulos. In 2012 she participated in a documentary created to honor, the great Greek composer Yianni Christou. Since Georgia got her diploma, she starred in plays such as “An elf in my closet”, “Training my Granpa”, “BEE”, 4 plus 2 plus 1 National premiers. Georgia worked as an assistant director in plays such as “Matsi Xatzilazarou”(2012-2013), “A Midsummer Night’s Dream”(2016-2017), “Don Quixote”(2017-2018), “Like οld times”(2018-2019).

In 2013 Georgia began her voice acting career. Since then she has done dubbing and voice performance work for many international companies (Disney, Dreamworks, Netflix, Mattel etc). Amongst others she dubbed/paricipated at the greek version of  “Barbie Rock n Royals”, “Gamer’s guide to pretty much everything”, “Cookabout”, “Norm of the North”, “DuckTales”, “The New Legends of Monkey”, “Rock Dog”. She is the pre-qualified voice of Uma in Descendants(Disney), Owlet in Pj Masks, Rene in “Barbie Dreamhouse Adventures”.

In 2017 she began her teaching career. Georgia taught in public schools theatre education.

In 2018 Georgia directed her first project in the dubbing business. “Hello Punebula” series premiered in 2018 at national television. The “Cirleen” movie followed the success of the Punebula project.

Since 2018 Georgia became a member of the creative team of Open Studio Post/Open Theater Art.